Legacy of Racism and National Oppression in Berrien County, Michigan

Legacy of Racism and National Oppression in Michigan


by ABAYOMI AZIKIWE
An all-white jury in St. Joseph, Michigan has found Rev. Edward Pinkney guilty of five felony counts of forgery stemming from a recall campaign against Mayor James Hightower of Benton Harbor earlier this year.
The jury deliberated for nine hours and delivered the verdict on Nov. 3. The sentencing date has been set for Dec. 15.
Hightower was the subject of the recall campaign due to his refusal to support a local income tax measure designed to create employment for the people in Benton Harbor, located in Berrien County in the southwest region of the state of Michigan. Hightower is often accused by residents of Benton Harbor of being more concerned about the well-being of Whirlpool Corporation and other business interests than the people he is sworn to protect and serve.
During the five day trial not one witness said they saw Pinkney change any dates or signatures on the recall petitions. The prosecutor, Mike Sepic, during the opening arguments on Oct. 27 told the jury that they would not hear anyone say that they witnessed the defendant engaging in fraud.
The prosecutor’s case was supposed to be based on circumstantial evidence. Nonetheless, the tenor of the questioning by the prosecutor seemed to suggest that the Black Autonomy Network Community Organization (BANCO), the group Pinkney leads in Berrien County, was actually on trial for its uncompromising opposition to the role of Whirpool Corporation and its supporters within the political establishment in Benton Harbor and its environs. 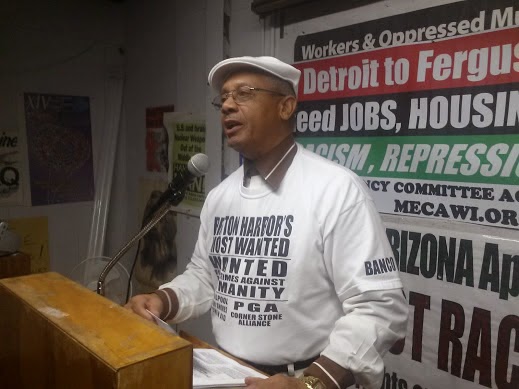