A Great Read: “Soldier of Truth, The Trials of Rev. Edward Pinkney” 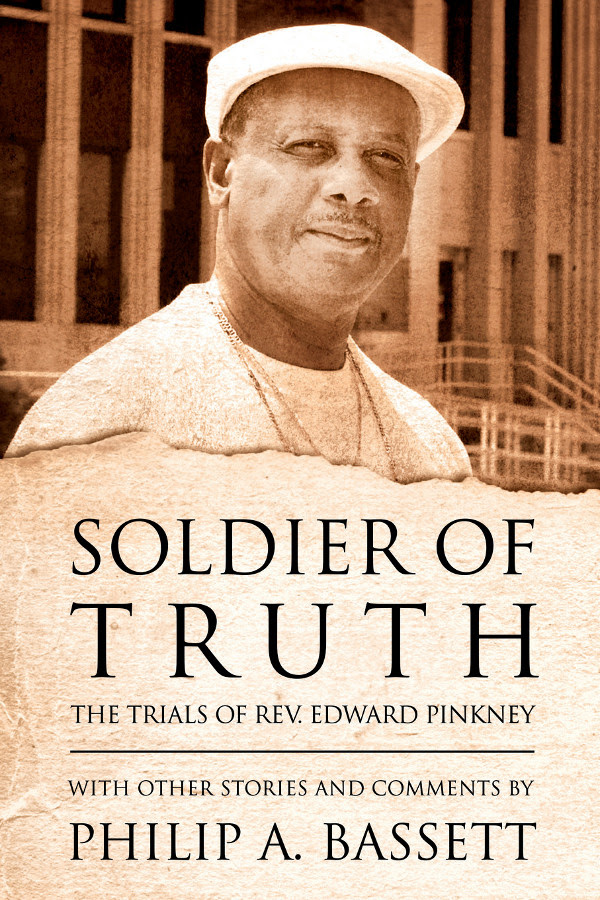 Editor’s note: Phillip A. Bassett‘s new book, Soldier of Truth, is about the author’s eyewitness account of the persecution of Rev. Edward Pinkney for his leadership in a fight against the takeover of a town by a corporate giant. Purchase the book on amazon.com.
“This book gave me a new perspective on what my stepfather has been called by God to do. It gave me insight on what was done, what was said, some insight on what happened in court. It also gave me insight on what happened when he first heard the voice of God. He truly has a purpose and it is bigger than Benton Harbor, MI. He’s truly a fighter and has always stood up for what was right. Many people said negative things but if these same people were to walk in his shoes and do what he’s done and continues to do, they wouldn’t last an hour let alone a day. Maybe it’s because of fear or not being people’s favorite. But I stand to say that I’m truly proud of him and all that he has accomplished and continues to accomplish! A real soldier is what he is to me! Good job Philip Bassett. This is a great read.” — Latoya Williams
“At the very heart of the story is the Whirlpool Corporation, the shaker and mover behind the courts, the police and the prosecutors. Whirlpool, with its headquarters in Benton Harbor, is in complete control of economic and political life in the county. Whirlpool’s use of the state’s Emergency Manager dictator laws to steal Benton Harbor’s assets from a jobless, impoverished town, especially the Jean Klock Park, which sits on the lakefront, in order to gentrify the town explains their need to quiet all opposition, especially Rev. Pinkney.
However, even in prison Rev. Pinkney would not remain quiet. Within a week of arriving at a Michigan prison, he organized more than two-thirds of the prison inmates in an action against “Buck Naked Fish,” the smelliest, worst item on the menu of the generally bad food served there. What was remarkable was that unity was forged across religious, ethnic and color lines among inmates who normally would be at each other’s throats. Events from Rev. Pinkney’s youth that helped mold him into a leader are also touched upon in the book, much of it, in Rev. Pinkney’s own words.” —People’s Tribune
We encourage reproduction of this article so long as you credit the source.
Copyright © 2016 People's Tribune. Visit us at PeoplesTribune.org
Posted by Gordon