(Note:CBC does not endorse and is not responsible for the content of external links.) 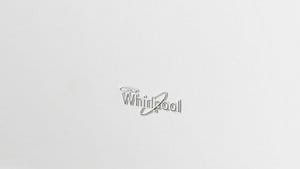 Whirpool has not yet filed a response to civil claim. (Whirlpool Corporation/Associated Press)
A Kelowna woman has filed a class action lawsuit against Whirlpool in B.C. Supreme Court, alleging the company’s dishwashers are dangerously defective.
In her notice of civil claim, Natalie Bickert says her dishwasher ignited on December 11, 2012, filling her house with smoke and sending her to hospital with carbon monoxide poisoning.
"It was a terrifying experience,” Bickert said in a written statement.
"I had no idea that my dishwasher was a fire hazard. After the blaze, I started researching this product on the internet, and I found out that many other people across North America have had the same problem. This makes me angry. The company should recall or repair the dishwashers, and they should warn consumers. I don't want anyone else in Canada to be hurt or maybe even killed by this product."
Her lawyer Douglas Lennox of the firm Klein Lyons says his research suggests there may have been as many as 600 similar fires across North America.
“We are talking about a pervasive problem, and in Ms. Bickert’s case she is lucky to be alive.”
Lennox is seeking to certify the case as a class action lawsuit. He's chosen B.C. because under the Consumer Protection Act he can seek an injunction ordering the recall of dishwashers.
Lennox says the case has the potential to see thousands of Whirlpool-manufactured dishwashers — including KitchenAid and Kenmore — recalled.
“This is a lawsuit that doesn't have to be about money at all,” he said. “It's about fixing the problem.”
Whirlpool representatives have not yet filed a response to civil claim.
None of the allegations have been proven in court.
Comments:
We have a Whirlpool clothes washer we received as an insurance replacement for a much better Kenmore washer. The Whirlpool takes two hours and its drum has failed twice, and it makes a horrible racket such that we don't wash clothes after 9 pm out of respect for our neighbours (note we live in a detached house). It hasn't actually tried to kill us yet, but now it occurs to me that the racket it makes shaking on spin cycle, might actually be the washer trying to get up the stairs.

600 fires and nothing has been done! If this was Toyota the USA would be screaming for blood. Come on Whirlpool get your act together.