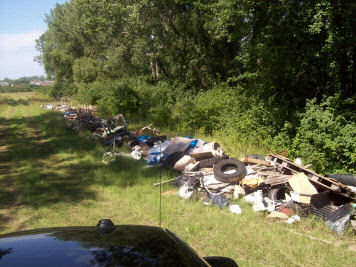 A few years ago, Jack Nicklaus visited the Benton Harbor, Michigan area to view land where a Jack Nicklaus Signature golf course was to be built along with a huge resort called Harbor Shores. They* wanted desperately to convince Nicklaus that it would be a wonderful and fair act to develop the publicly owned Jean Klock Park. So, before Nicklaus arrived, they* trucked garbage to a grassy area in JK Park, easily viewed from hwy. 63. The garbage was a combination of appliances and general trash from a popular nearby dumping area, trash left from a recent triathlon, and even laminated Harbor Shores maps strewn all over the long, neat, linear garbage pile, at least 100 feet long.

Thus, Nicklaus was given the impression that people in Benton Harbor kept their land covered in garbage. This ploy was designed to influence Mr. Nicklaus; he wouldn't feel badly about destroying such a mess.

The mess was not cleaned up by them.* In fact, it wasn't cleaned up until Richard Marsh was hired as BH city manager. 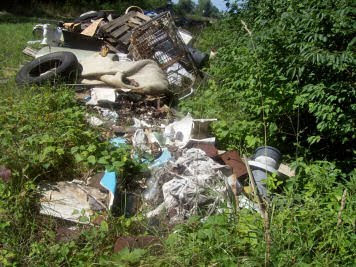