By Michael Holden and Jamillah Knowles | LONDON
British investigators said on Friday they would consider manslaughter charges over the London tower block fire that killed at least 79 people, as thousands of apartment-dwellers a few miles away were told to leave their homes due to fire risk.
The outside cladding engulfed in June 14's deadly blaze has since been shown to fail all safety tests, police said. They have already seized material from a number of undisclosed organizations.
Fire safety checks are now taking place on public buildings across Britain. Late on Friday, one municipal authority in north London began to evacuate nearly 4,000 people from five tower blocks after firefighters said it was unsafe for them to stay.
Detective Superintendent Fiona McCormack said experts had now concluded that the earlier fire, the mostly deadly blaze in London since World War Two, had started in a fridge freezer.
The blaze has provoked anger and heaped pressure on Prime Minister Theresa May, who is fighting for her political survival after her party lost its parliamentary majority in a snap election at a time when Britain is beginning divorce talks with the European Union.
The speed at which the fire engulfed the 24-storey Grenfell Tower raised questions about the external cladding on the block.
Asked if the insulation and aluminum tiles used were acceptable for such buildings, McCormack told reporters: "No they're not."
"All I can say at the moment is they don't pass any of the safety tests. So that will form part of what is a manslaughter investigation."
As well as possible manslaughter, police will consider health and safety offences and breaches of other building regulations. McCormack said all companies involved in the building and refurbishment of the building would be reviewed.
Britain also ordered an immediate technical examination of the Hotpoint (WHR.N) fridge model FF175BP, which had not been subject to any recall to establish whether further action should be taken, but said there was no need for owners to switch off their appliances. 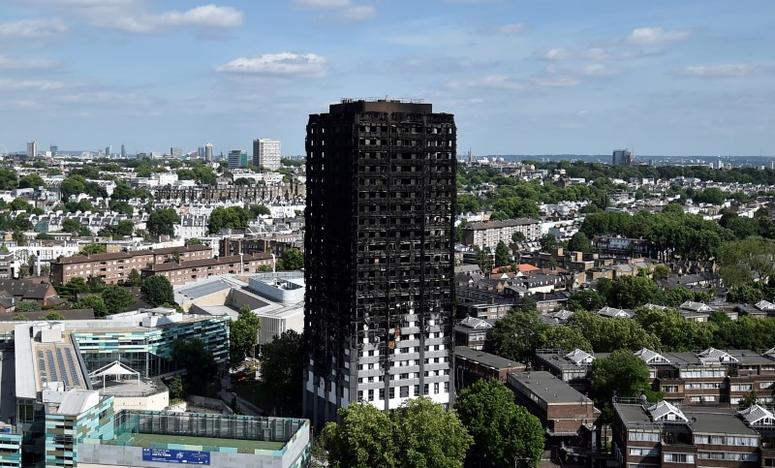 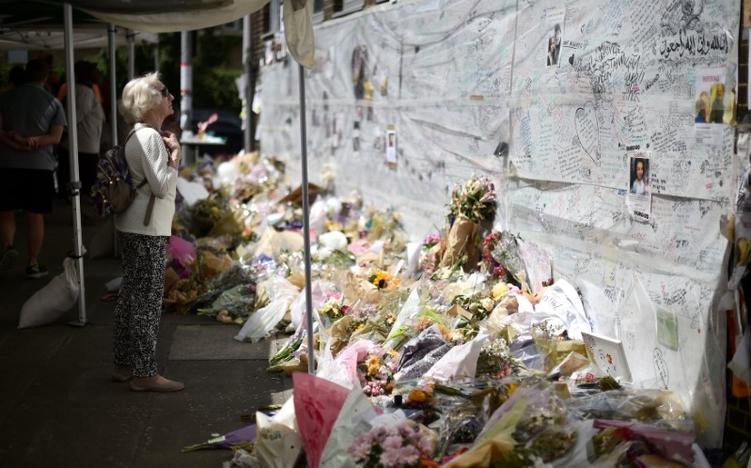 left
right
A woman looks at flowers, tributes and messages left for the victims of the fire at the Grenfell apartment tower in North Kensington, London, Britain, June 23, 2017. REUTERS/Hannah McKay
1/9 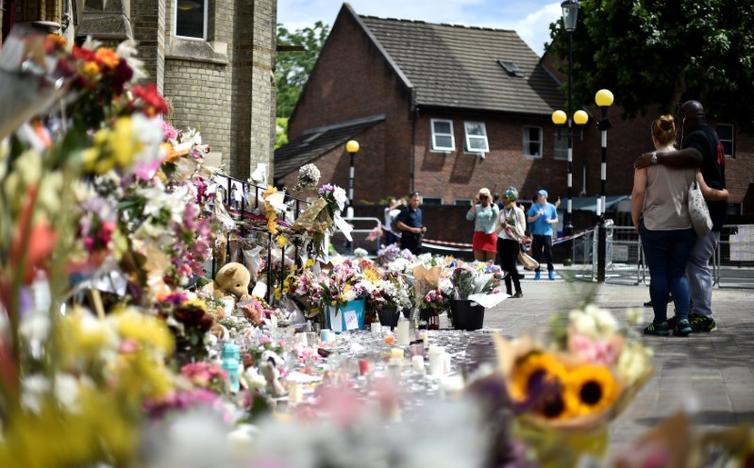 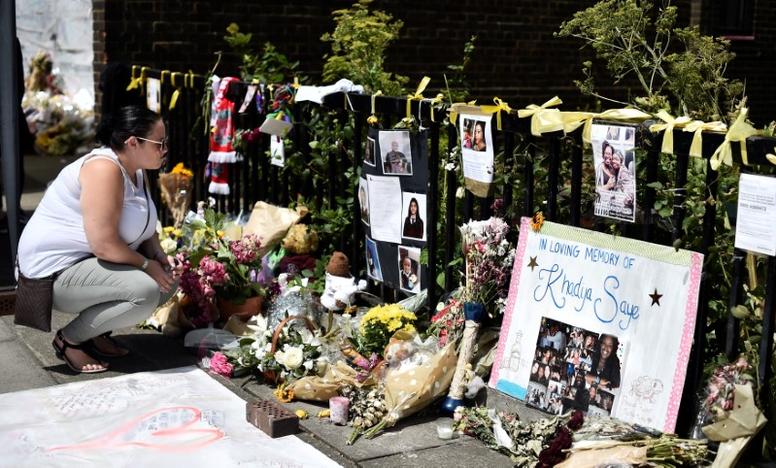 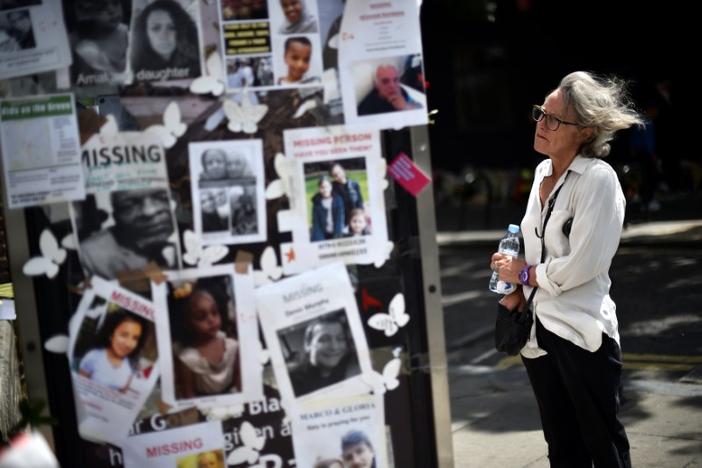 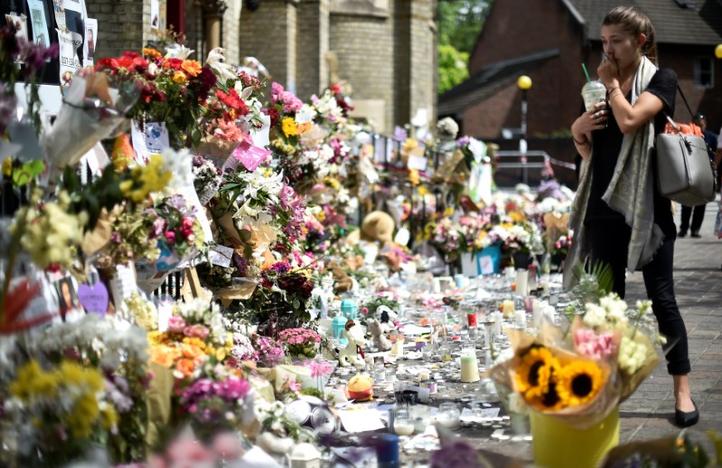 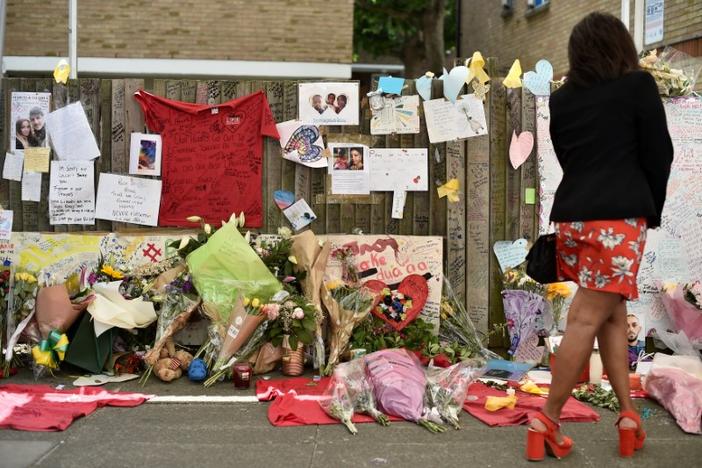 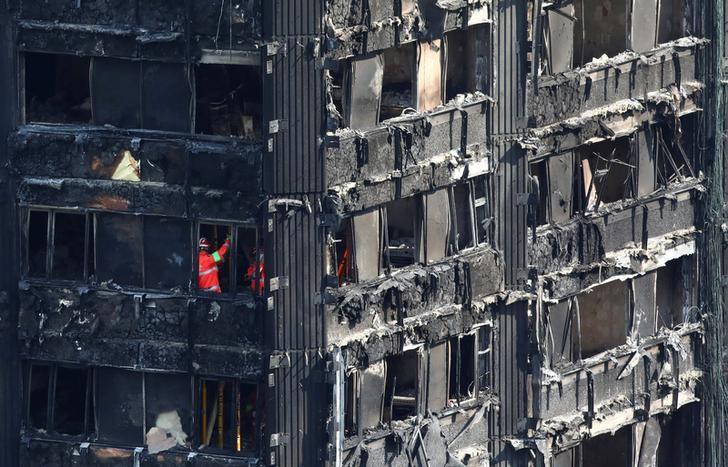 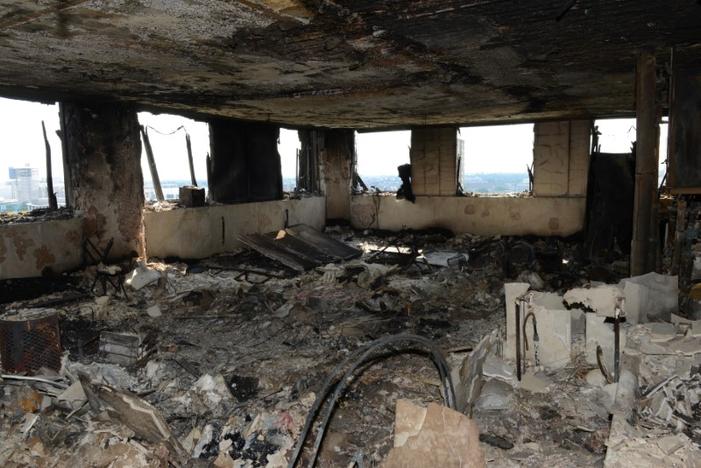