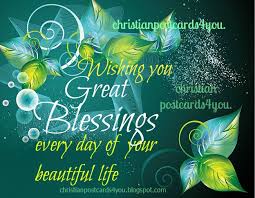 Today, April 24, is a very special day. This is Mrs. Dorothy Pinkney's birthday. We are asking everyone to join in this celebration of a courageous Black woman who has steadfastly supported her husband, Reverend Pinkney, in his efforts for justice and demanding accountability of the politicians in Benton Harbor and the State of Michigan.

Rev. Pinkney and others have spoken out about the takeover by Whirlpool Corporation and Harbor Shores, part of the conglomerate of Whirlpool--a manufacturing company that makes 21 billion dollars a year globally. Whirlpool with their corporate greed took over Benton Harbor to turn this poor, 90 percent impoverished Black town into a goldmine for the rich.

Rev. Pinkney was a threat to the forces that be. Corporate takeover is common across this country with the help of crooked politicians lobbying for the interest of the billionaires to keep their wealth, and not giving back to the community. Whirlpool is not providing jobs for communities that need them so desperately, and withholds revenue they would owe if they paid taxes. In 2013, Mayor James Hightower of Benton Harbor supported the corporation in not paying taxes, and shifted the tax burden on the poorest of citizens. Rev. Pinkney and others decided to fight back and demanded Mayor James Hightower be recalled. In 2013, the wheels were set in motion to start a campaign to remove Hightower from office.

On April 24, 2014, Dorothy Pinkney's birthday, they went out celebrating. It was a joyous occasion for this happy couple until they got word through numerous telephone calls from residents that a S.W.A.T. team surrounded their home. The Sheriff's Department, along with other law enforcement agencies, blocked the street as if a murderer was on the loose. They were ready to kill Rev. Pinkney! How dare he go against their puppet for Whirlpool, James Hightower. No, those white racists weren't going to have that.

Yes, today is Mrs. Pinkney's birthday--the other half that drives a man to greatness. Mrs. Dorothy Pinkney, a strong Black woman of faith and a prayerful activist, continues to support her husband. Yes, Rev. Pinkney's slave chains will soon be broken, and Rev. Pinkney will be reunited with the love of his life. Together they stand in the quest for justice for all, the struggle is one.

Happy Birthday, Mrs. Pinkney, a Black Nubian Queen, a well-deserved celebration. Love and peace in the fight for equality.

Rev. Pinkney was charged and convicted with no evidence of election fraud and sentenced by Judge Sterling Schrock to 2-1/2 years to 10 years in prison in December 2014.
Posted by Gordon