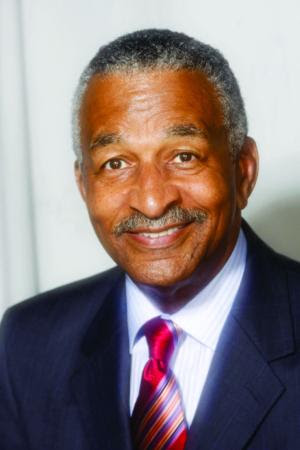 
There is a particular evil going on the State of Michigan, among all the others plaguing that state. During the election hoopla, the debates, the speeches, and attention focused on Michigan’s Black voters, I was appalled that no one took the opportunity to point out this quiet yet outrageous situation. No one stepped to the microphone or held a press conference or asked a question or held up a sign about Edward Pinkney.


Who is Ed Pinkney? He is a 68 year-old minister from Benton Harbor, Michigan, former President of the local NAACP, and most of all an unwavering activist who fights against social and economic injustice. Pinkney now sits in an isolation cell at the infamous Marquette Branch Prison, located in Michigan’s Upper Peninsula, nearly 500 miles from his hometown, his wife, Dorothy, and his supporters, in an “out of sight out of mind” attempt by the State to make Brother Pinkney disappear from the public stage and from public discourse.
...In Pinkney’s own words: “A heavy and cruel hand has been laid upon me. On Oct. 6, 2015, I was transferred back to Marquette Branch Prison, a two-day ride on the bus, shackled, mistreated and intimidated. I was forced to strip on five different occasions. I am forced into overcrowding, inadequate exercise, lack of clean clothing and inadequate medical care which violates the Eighth Amendment’s ban on cruel and unusual punishment. I estimate over 75 percent of the prisoners in Marquette have mental problems.”
...His history of confrontation with the justice system in Michigan notwithstanding, in this particular case the punishment does not fit the alleged crime. Yes he has been a thorn in the side of the establishment and local judges in Benton Harbor, but Pinkney’s willingness to fight for civil rights should not be used as an excuse for retribution against him by the courts; according to our Constitution, he must be treated fairly and he must not be subjected to “cruel and unusual punishment.” The crime he allegedly committed does not rise to the level of being held in prison without bond during his appeal. By the time his appeal comes around, if he is found not guilty, he will have served prison time for a crime he did not commit.

James Clingman is one of America’s foremost authorities on Black economic development. To learn more, visit www.Blackonomics.com.
Posted by Gordon