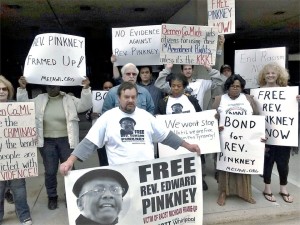 Marquette Branch Prison, Mich. — A three-judge panel of Michigan’s Court of Appeals will hear oral arguments in the case of political prisoner the Rev. Edward Pinkney on May 11. Rev. Pinkney has already served 17 months in prison following his conviction in December 2014 in Berrien County on the western end of Michigan.