Urgent: From Italy to Benton Harbor, the Same Struggle Against Whirlpool

From Varese, Italy to Benton Harbor, Michigan: The Same Struggle Against Whirlpool 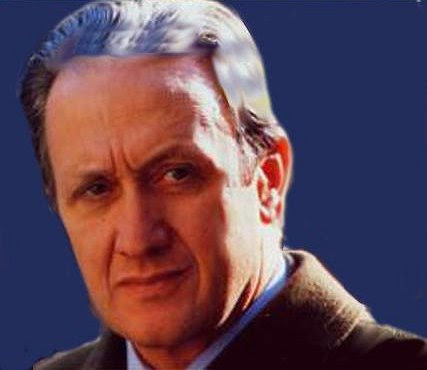 Having examined a summary of the legal action against Reverend Edward Pinkney of Benton Harbor, Michigan (USA), I feel the duty to express my gravest concern about abuses of civil and human rights against this of this minister of the gospel, who is at the same time the main leader of popular resistance against the anti-freedom regime imposed in that area by the multinational corporation Whirlpool, which has its world headquarters precisely in Benton Harbor.

Whirlpool represents the largest appliance company in the Western world. Pinkney was indicted with the accusation of having forged the dates of a few signatures on petitions circulated to recall Mayor Hightower, a Whirlpool ally, and force him to justify his behavior in office before the voters through the device of calling an early election. Pinkney was sentenced to up to 10 years’ imprisonment, despite the absolute absence of any proof against him. Normally, according to Michigan law, this entire matter would have been considered a misdemeanor, but in order to take down Pinkney, the head of the opposition in the city, this charge was inflated to the level of being an extremely serious felony. In addition, Pinkney’s trial was polluted by so many intrigues among the judge, the sheriff, the county officials, and a member of the jury who committed perjury, all of which makes Pinkney’s conviction invalid, and requires that it be struck down, in my opinion.

In recent days, I have seen the beginnings in Italy of that same process of urban degradation and economic impoverishment which has ruined the city of Benton Harbor. In recent years, Whirlpool has bought up large chunks of our splendid Italian appliance industry, including especially the appliance manufacturer Indesit. Now, Whirlpool executives have issued a proclamation from Benton Harbor announcing with absolute arrogance that they intend to wipe out about 2,000 jobs, which means more than a third of the current personnel of the Italian branch of Whirlpool. This mass firing would be a devastating blow for Varese, Caserta, Turin, Naples, Siena, and the other Italian cities which Whirlpool is targeting.

We have to ask ourselves if Whirlpool is trying to drive these Italian cities down to the same level of plantations of despair which we observe today in Benton Harbor. God forbid!

I therefore call on the Italian government to intervene to protect these jobs in our country. The Italian government should call in the American ambassador in Rome and demand explanations about the Pinkney case, emphatically reminding him that the United States, as signatories along with Italy of the Final Act of the Helsinki Treaty (1975) are required to respect human rights and civil rights, with voting rights at the top of the list — meaning exactly the right which Reverend Pinckney was attempting to exercise.