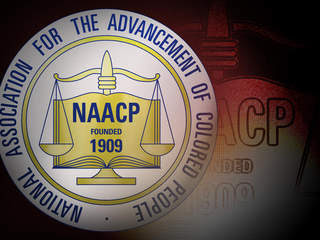 TULSA - An already testy NAACP power struggle involving Tulsa's chapter and its national offices got even uglier Tuesday.
Five elected officials from the Tulsa Branch of the National Association for the Advancement of Colored People filed a lawsuit against the national non-profit, furthering a nearly 9-month battle over the legitimacy of the chapter's president.
The suit came the same day a Tulsa County district court granted a temporary restraining order against the Baltimore-based association to prohibit interference pending a temporary injunction hearing.
The tension first began in November when the Tulsa Branch held presidential elections, during which time the national organization alleges the chapter failed to place a candidate on the ballot. In a letter to Tulsa Branch president Alvin Muhammad in April, Chief Operating Officer Robert Vann wrote Ali Canada "was listed on the Tulsa Branch roster, and that he was in good-standing at the time of the 2012 branch election."
The letter continued that former branch President Warren Blakney told the national office Canada didn't make the ballot because he didn't attend branch meetings, which isn't a requirement for election. Vann concluded the letter by stating a possible suspension of Tulsa Branch members if "any further action to hinder and/or impede" was taken.
Then in May, Vann ordered the removal of all of Tulsa's elected officers and executive committee members.
According to the officers' attorney Keith Ward, Canada was never qualified to run for local office under NAACP by-laws, and is one of a series of attempts to influence chapter elections.
"This is really a straightforward lawsuit ... The NAACP apparently didn't like the outcome of the elections and is attempting to hand-pick the officers for the Tulsa Branch which isn't allowed by its own Constitution or By-Laws," Ward said Tuesday. "It's akin to the federal government telling Tulsa who to elect as its next Mayor ... If the NAACP wants to hand-pick the officers of the local branches, it can do so by amending its Constitution and By-Laws."
The branch's temporary injunction hearing is scheduled for July 11.
Copyright 2013 Scripps Media, Inc. All rights reserved. This material may not be published, broadcast, rewritten, or redistributed.